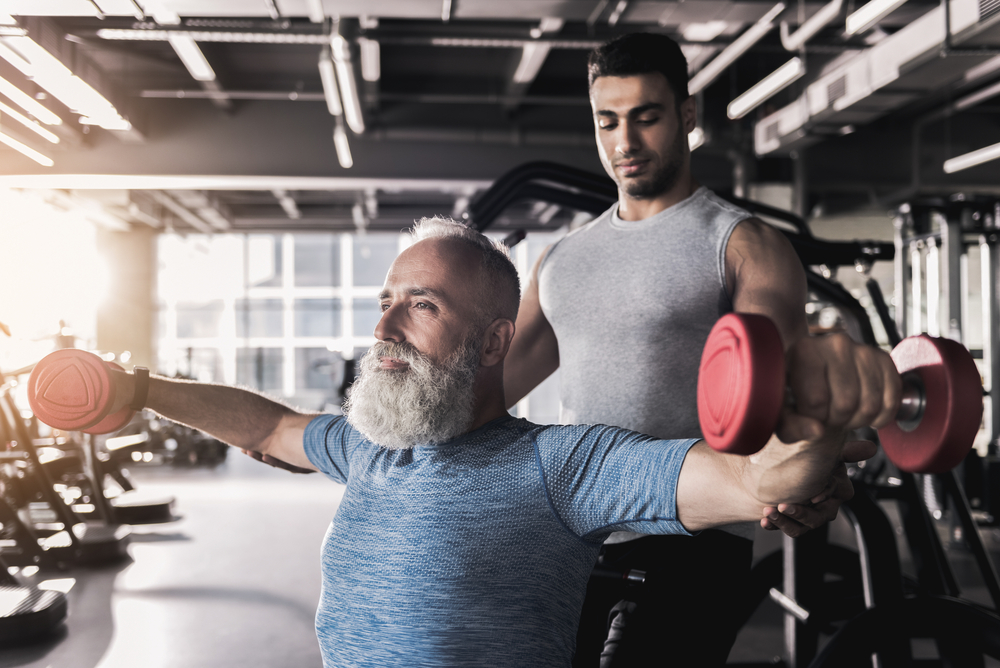 Every man wants to shed the fat and have rock-hard abs and bulging biceps. But it can be challenging to get started. Overhauling your lifestyle takes serious commitment, which is why it’s a good idea to remind yourself why you made that commitment in the first place. You can get all the fitness inspiration you need from the following men’s fitness gurus on Instagram.

Gideon Akande is a personal trainer with a charismatic presence and a larger-than-life personality. He teaches clients throughout the country at fitness events, corporate boot camps, and high-intensity classes. He’s also a former Golden Gloves champion and has been designated the Next Top Trainer by Men’s Health.

Marcus Martinez has had a passion for sports and fitness since his childhood. He’s tried everything—from sandbags to plyometrics to traditional bodybuilding routines. In his search for the most efficient way to train and build muscle, Martinez discovered kettlebells, and he’s been hooked ever since. His page is full of inspirational kettlebell workouts.

If you’re looking for a less mainstream source for your fitness inspiration, check out Dylan Werner’s Instagram page. Dylan Werner definitely deserves the title of one of our top fitness gurus. He isn’t a bodybuilder, but he still sports some impressive muscles—and he got them by doing yoga and martial arts. Werner also enjoys rock climbing, and he’s trained as a firefighter/paramedic.

Shaun T. is best known as being the creator of the Insanity workouts, and his six-pack is living proof that his workout routine works. His other workout programs include Hip-Hop Abs and T25. Shaun T.’s Instagram page doesn’t just showcase his own personal workouts, they also include motivational captions that can help you get off the couch and into the gym.

You won’t see a lot of bodybuilders busting yoga moves on their Instagram page, but Kenneth Gallarzo breaks the mold. His profile is definitely a must-follow if you’re looking for fitness inspiration. Gallarzo is also the vice president of the World Calisthenics Organization.

Jeremy Scott is a self-described gluten-free fitness junkie, but lifting weights was actually not his first passion. He started out as a basketball player, winning a scholarship to play in college. Scott began lifting to improve his performance on the court, but he quickly developed a passion for it, citing Arnold Schwarzenegger as his icon.

Gunnar Peterson has a laundry list of impressive accomplishments. This personal trainer to the stars is also an author, speaker, fitness program creator, and fitness equipment developer. You might have heard of some of his star pupils, which include Dwayne “The Rock” Johnson and Sylvester Stallone.

Believe it or not, Peterson actually struggled with his weight. When he was a kid, his mother enrolled him in a weight loss program. Somewhere along the way, he developed a passion for fitness and nutrition, which he shares on his Instagram feed.

For a lot of guys who are new to the gym, it can seem downright intimidating to compare oneself to the guy slinging iron like it was Silly Putty. But everyone has to start somewhere, and no one is better proof of that than Alain Gonzalez. Gonzalez knows how hard it is to go from scrawny to brawny. He was a self-described 23-year-old living in a 12-year-old’s body when he decided it was time to make a change—and he did it without resorting to pills or powders. Now, he’s built a successful personal training career based on his 3D philosophy: “Dedication, Desire, and Drive.”

If Chris Hemsworth ever decides to quit playing Thor in the Avengers franchise, LasseMatberg would be a shoo-in to replace him. This Viking-esque bodybuilder loves to take his training outside. Don’t be surprised if you see him doing a lumberjack routine on his Instagram page.

Looking for a dose of comedy with your fitness inspiration? Check out Jimmy Lewin’s Instagram page, he is one of the funniest fitness gurus. This shredded personal trainer hails from Sweden. After living in half a dozen countries, he finally settled down in Miami, where he lives with his better half, International Fitness Model Michelle Lewin.

Lewin converted to the bodybuilding lifestyle when he decided it was time to change his partying ways. Lewin found the self-discipline necessary to quit drinking and focus on training, and these days, he also imparts his personal training wisdom to clients.

David Morin may be in his 40s, but he’s in better shape than most men half his age. This international fitness cover model and actor recommends intermittent fasting, juicing, and increasing probiotic intake while increasing proteins for proper protein absorption. He also notes that even if you’re focusing on lifting, you shouldn’t neglect cardio. Morin’s motto is, “Discipline is the bridge between imagination and physical attainment. If you can imagine it, you can be it.”

There are few things more impressive than watching a parkour athlete strut their stuff… except, of course, watching a bodybuilding parkour athlete. If you were looking for proof that human beings really can fly, you definitely need to check out Scott Mathison’s Instagram page. Mathison is a functional training specialist and he’s got the shredded abs to prove it.

Originally from the U.K., Rob Riches now makes his home in sunny Los Angeles. He’s widely recognized as one of the world’s top personal trainers and fitness gurus. Over the years, he has made a point of learning as much about human physiology as possible. He’s put that knowledge to work, winning competitions since 2005. Riches’ motto is, “Don’t just count the reps; make every rep count.”

Riches’ rise to the top of his game began when he was 15. In a mountain bike race, he fell and fractured his shoulder. His doctor told him after his shoulder was fully healed, he should focus on strengthening it. Riches took this advice to heart and set up a bench and weights in his garage. From humble beginnings, Riches now runs his own personal training business, has a TV show, and sells his own supplements.

Mike O’Hearn is a bodybuilding legend who entered his first bodybuilding competition at the age of 14. Since then, O’Hearn has been dubbed Mr. Universe four times. He’s also a personal trainer and actor, who has appeared in notable films and shows such as “Barbarian,” “Battle Dome,” and “It’s Always Sunny in Philadelphia.” Now in his early 50s, The Titan is in far better shape than most men in their 20s. If the pics of his incredible musculature on his Instagram page aren’t enough to inspire you to hit the gym, then probably nothing will.

No list of men’s fitness gurus would be complete without giving a nod to The Rock. This former WWE wrestler turned Hollywood blockbuster star has become a household name thanks in large part to his musculature, not to mention that infectious smile. If you’re looking for a little inspiration to get off the couch and on the weight bench, look no further than The Rock’s Instagram feed, which is stuffed with pics of his grueling workouts.

When you’re ready to turn inspiration into action, you can benefit from having a doctor-approved blueprint for success. Pre-order your copy of The Real Man Plan by Dr. John Shufeldt today! This book offers a positive way to embrace your masculinity while you redefine your life with a renewed mindset. Get healthier, get more productive, and get back in control of your own life. 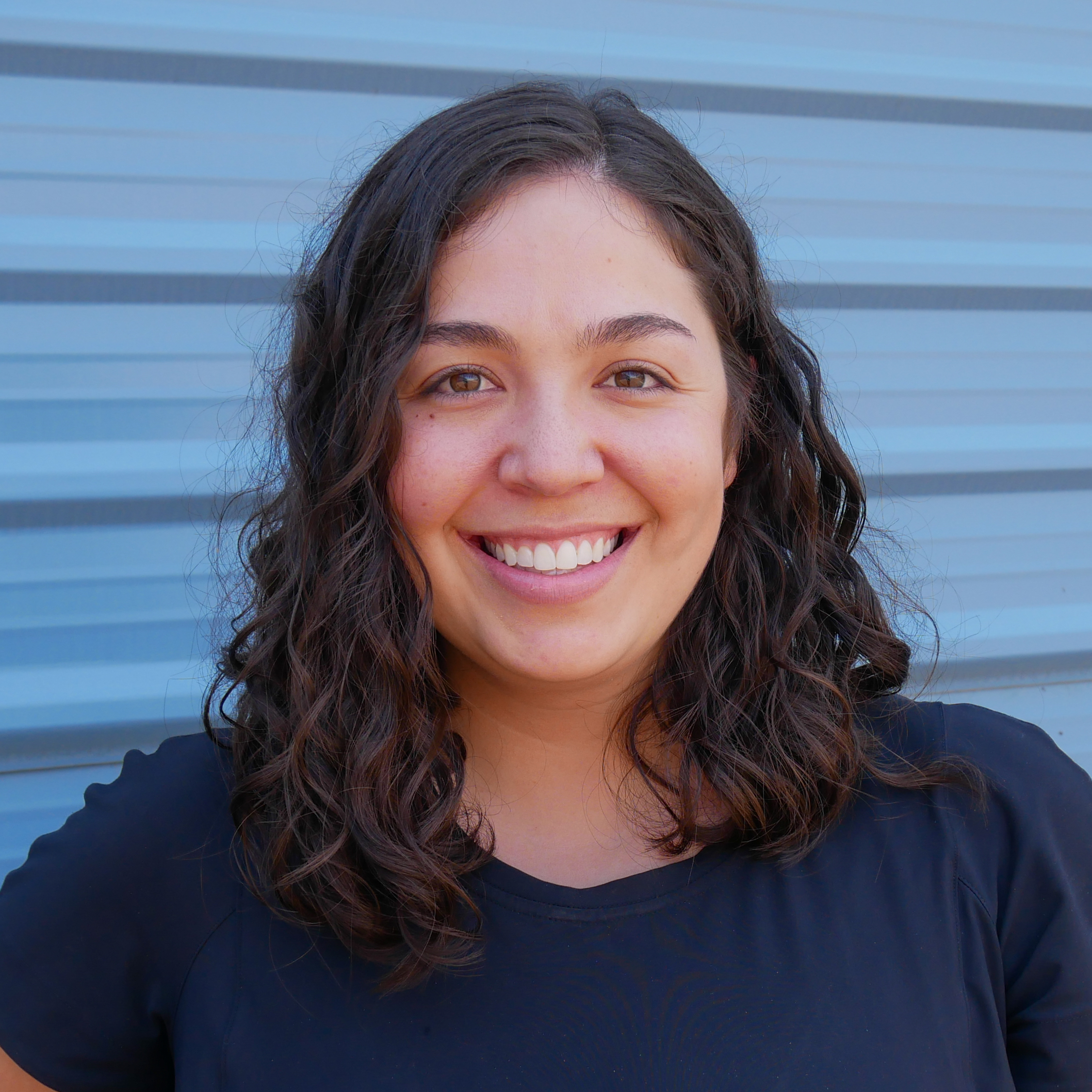 Kaleigh Shufeldt is a writer, editor and content manager with a love of sustainability and healthy living. She spends her free time with her husband and dog, Duke, running, reading and cooking.