Grit: What Is It and How Can You Cultivate It? 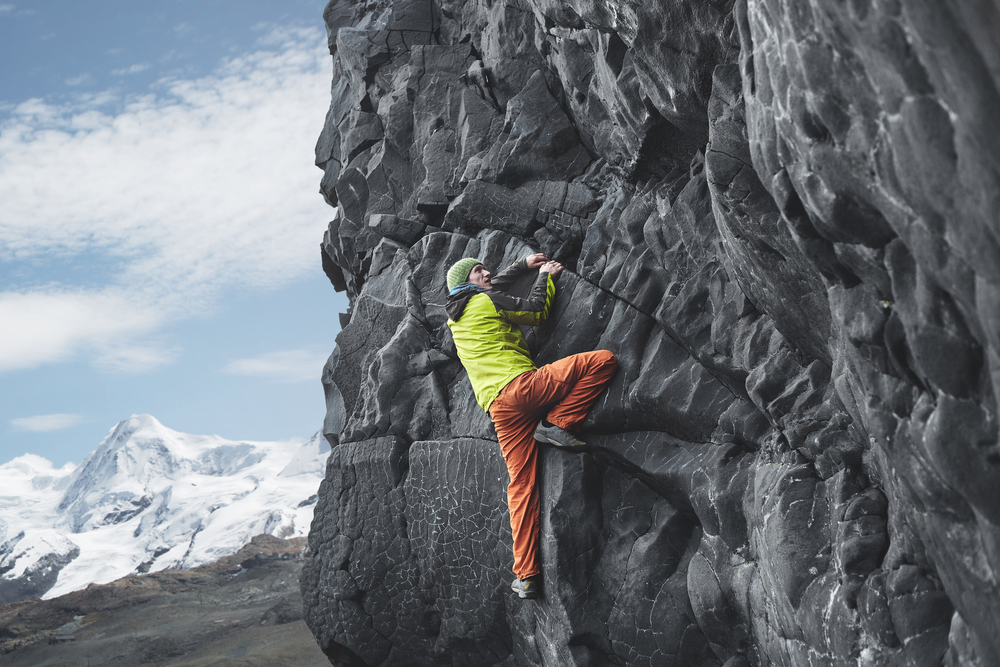 Grit: What Is It and How Can You Cultivate It?

If you’re like a lot of guys, you may have only pondered the concept of “grit” after watching the 2010 adaptation of “True Grit” starring Josh Brolin and Hailee Steinfeld. In the movie, 14-year-old farm girl Mattie Ross does indeed demonstrate true grit by tackling her goals despite tremendous adversities.

But what does grit actually mean? And how can the average man practice true grit in everyday life? The answer to self-empowerment through embracing grittiness may be found in researcher Angela Duckworth’s work.

When Angela Duckworth was young, her father was obsessed with success. The family would have debates over the dinner table about which figure was more of a genius: Mozart or Beethoven? However, Duckworth’s own future ambitions were not apparently well-regarded by her father.

According to Duckworth, he would say things like, “You’re no genius.” As a result, she developed an insatiable appetite for not only proving her father wrong, but also studying the types of people, like herself, who develop the “I’ll show you” attitude.

Duckworth’s career led her to teach seventh-grade mathematics. While teaching, she observed that the most successful students were not always the smartest students. It occurred to Duckworth that grit was the main factor in determining success.

As defined by Duckworth, “Grit is the tendency to sustain interest in and effort toward very long-term goals.”

Duckworth’s breakthrough revelation prompted her to leave her middle school classroom behind to focus on her career as a research psychologist. Today, the University of Pennsylvania professor is best known for her seminal work on the subject of grit, “Grit: The Power of Passion and Perseverance,” and for her viral TED talk on the matter.

Before Duckworth released her groundbreaking research, which became a New York Times Bestseller, conventional wisdom on the subject of a person’s character stated that very little growth occurs in adulthood. Just take a look at Freud’s theories, which suggested that everything of significance occurs in childhood, and that adulthood is relatively flat and static. But actually, Duckworth’s hypothesis contends—and neuroscience research supports—that people are capable of tremendous growth and change well into their adult years.

When Duckworth was analyzing the patterns in personality changes among adults, she found that most people, as they grow older and mature, become more:

However, it’s important to note that those changes don’t happen by themselves. Indeed, some people do stay relatively static, while others undergo considerable changes.

Exploring the Characteristics of Grit

A lot of factors are involved, but one of the most important ones is self-awareness. People with well-developed self-awareness tend to be grittier, and they tend to be more capable of personal growth.

Let’s take a closer look at self-awareness. It involves much more than just knowing what shoe size you are or how much you can bench press. It’s really about your mental awareness.

When you experience a setback, what thoughts go through your head? If you’re like most people, you probably think things like, “Why did I just do that? Didn’t I know that wasn’t going to work? Things never work out for me. I might as well just give up on this whole endeavor.”

Of course, this type of negative self-talk flies in the face of grittiness, as defined by the application of passion and perseverance to achieve long-term goals.

A person with fine-tuned metacognition, or self-awareness of thought, will quickly recognize those negative thought patterns. Then, he’ll take steps to shut the process down and get on a more positive track. This type of man will then begin thinking things like, “Okay, so that didn’t work out. It’s time to move on, learn what I can from the experience, and figure out where to go from here.”

Other key characteristics of a gritty person are as follows:

How to Actively Fostering Grit

By this point, you should have a clear idea of exactly what grit is and what it takes to develop grit. But if you take the project as a whole, it can be a little overwhelming. Angela Duckworth recommends applying the principles of the zone of proximal development to actively encourage achievements and foster the growth of grit.

In early childhood development research, the zone of proximal development refers to how kids progress from one development stage to the next. It’s expecting too much of a young toddler to stand him upright and instruct him to walk across a room if he’s never done it before. Rather, young children learn one small, discrete task at a time.

You can apply the same principle to your own life by breaking down large objectives into very small, individual tasks. First, accomplish the task that you’re best able to do, and then reach a little further and accomplish the next task that might have seemed unattainable before.

Duckworth notes that it’s often helpful to seek an external source of feedback, such as by finding an effective mentor or coach who can look at your situation with fresh eyes.

True grit is something that every man can cultivate for himself, no matter where he’s at in life or what challenges he is facing. Every person has the capacity to grow, to change, and to shape the future. When you’ve decided that now is the time to accelerate your own evolution, Dr. John Shufeldt is here to show you the way. Pre-order your copy of The Real Man Plan today and look forward to optimized energy, a clearer mindset, and better health.

Kaleigh Shufeldt is a writer, editor and content manager with a love of sustainability and healthy living. She spends her free time with her husband and dog, Duke, running, reading and cooking.