How To Not Die 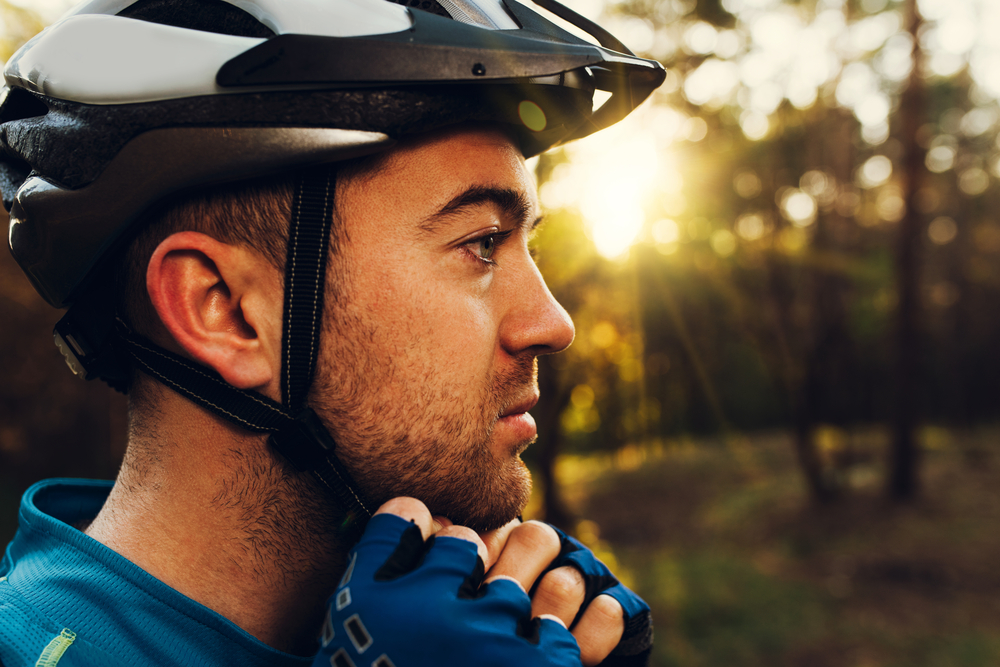 Kids tend to think they’re invincible. They skateboard down insanely steep hills, forget to look both ways before crossing the street and try to get away with not wearing their seat belts. But while dads might complain that their kids are about to give them a heart attack – especially during the learner’s permit years – the truth is that adult men don’t always think about how not to die prematurely.

For proof, just take a look at the Darwin Awards, which “awards” people who die in fantastically idiotic ways – like the guy who shot himself in the head with his own spy pen to prove it was real or the terrorist who mailed a letter bomb with insufficient postage and then opened it when it was mailed back to him. (For the record, nearly all of the Darwin Awards recipients are men.) For all of you men out there who are thinking, “Well, that can’t possibly happen to me!” there’s a good chance you’re making a mistake that could land you in Dr. John Shufeldt’s ER.

Top Ways Not To Die

If you don’t already smoke, there is absolutely no reason to start. Just thank your lucky stars that you didn’t start when you were young, like so many other guys out there. And if you already smoke, you’ve probably been told about all the potential health risks. And if you haven’t, well here they are.

There are lots of ways to die from smoking. Lung cancer is a major cause, but smoking can also result in deadly emphysema, heart attacks, coronary heart disease, stroke… the list goes on and on.

If the deadly dangers of smoking aren’t enough to make you talk to your doctor about smoking cessation methods, then consider this: Smoking limits blood flow to the penis, which can result in impotence. It can also cause infertility. Plus, no woman ever wants to kiss a guy who smells like an ashtray and has cigarette-stained teeth. It’s just plain gross.

Don’t start vaping, either. The health effects are downright frightening.

Remember when vape pens were just released and health experts were warning everyone that the long-term side effects were unknown? We still don’t know what could happen five, 10 or 20 years down the road, but in the meantime, people are getting sick and dying from EVALI—e-cigarette or vaping product use-associated lung injury. It’s still not known exactly what’s causing it, but it appears to be affecting both people who only vape nicotine products and those who vape a combination of nicotine and THC-containing products.

Do wear your seat belt. Not wearing it really doesn’t make you look cool.

Fortunately, the majority of Americans seem to understand that seat belts are crucial safety devices. In 2018, the national seat belt usage rate was at 89.6%. However, it’s telling that of the more than 37,000 people killed in motor vehicle accidents during 2017, 47% weren’t wearing seat belts. It’s unclear what portion of that 47% were males.

Do get a safety helmet. Brain injuries can kill you or wreck your life.

When dads buy their kids their first bike, they know that it’s just good commonsense to also buy a helmet. Yet, many men neglect to wear one themselves. If you’re going out cycling, ATV driving, skiing, snowboarding, or playing hockey or football, you definitely need to wear a safety helmet. Or if there are driving a motorcycle (however, we will get to that “do not” next). It will help reduce the trauma to your brain if you’re in an accident. And you definitely don’t want to have to deal with brain damage for the rest of your life. It could result in you not even being able to button your own shirt.

Midlife crisis? Buy a convertible, not a motorcycle.

Yes, you can take motorcycle safety courses. Yes, you can wear the best DOT-approved motorcycle helmet available on the market. And yes, you can put as many reflectors on your bike as it will hold. But one universal truth will still stand: Motorcycles are always inherently more dangerous than cars—even if the biker is doing his best to follow all the traffic rules.

It’s quite simple. Motorcyclists don’t have the protection of a fiberglass and metal shell around their bodies. They are very small and vulnerable compared to other vehicles, especially when going up against something like an 18-wheeler. And drivers often don’t see motorcycles until it’s too late or they misjudge the speed of a motorcycle. That’s why so many motorcyclists end up in the ER or the funeral home each year.

The causes of drug abuse and addiction are complex and highly individual. Some people start taking drugs as a way to self-medicate when they are dealing with depression, insomnia or major life problems. Others started when they were young because of peer pressure. Regardless of the reason, drug abuse and addiction is essentially like throwing your life away. Yes, you can get treatment (and should, if you have a drug problem), but the best approach is not to get hooked in the first place. If you’re ever tempted to self-medicate with illicit drugs, just type “meth mouth” into Google Images and scare yourself away from the brink.

Do know the meaning of “consume in moderation.”

Guys are typically told that if they’re going to drink alcohol, they should only consume it in moderation. The problem is that many men seem to have no idea of what “moderation” actually means. Health professionals define moderate alcohol consumption as no more than two drinks per day for men. However, it’s important to note that it’s still not a great idea to drink every day. It increases your risk of oral cancers, heart disease and other undesirable health conditions. In addition, men are, unsurprisingly, more likely to suffer an alcohol-related death or hospitalization than women.

Do learn why men die earlier than women.

It’s common knowledge that women really do tend to live longer than men. But why is this the case? It’s due to a number of factors that aren’t necessarily related. Men tend to be more likely to develop heart disease, for example, and to work in high-risk occupations. But there’s another likely culprit: the frontal lobe.

The frontal lobe of the brain is the region that’s responsible for judgment and the evaluation of the consequences of any given action. Research has revealed that the frontal lobe in males develops more slowly than the frontal lobe of a female. The result is that men tend to be more susceptible to poor lifestyle choices and reckless behaviors, like drinking too much alcohol or doing something phenomenally dumb like climbing into a shopping cart being pulled by a car (yes, that was another Darwin Award). So guys, if the woman in your life tells you that you really should get an annual physical or stop doing planks on a sixth-story balcony railing, please listen.

For more research-backed ways to live longer, live healthier, and live better, you can pre-order your copy of Dr. John Shufeldt’s book today! The Real Man Plan coaches guys through embracing their masculinity and accelerating their own evolution. Get back in control of your health—and avoid becoming the next Darwin Awards recipient. 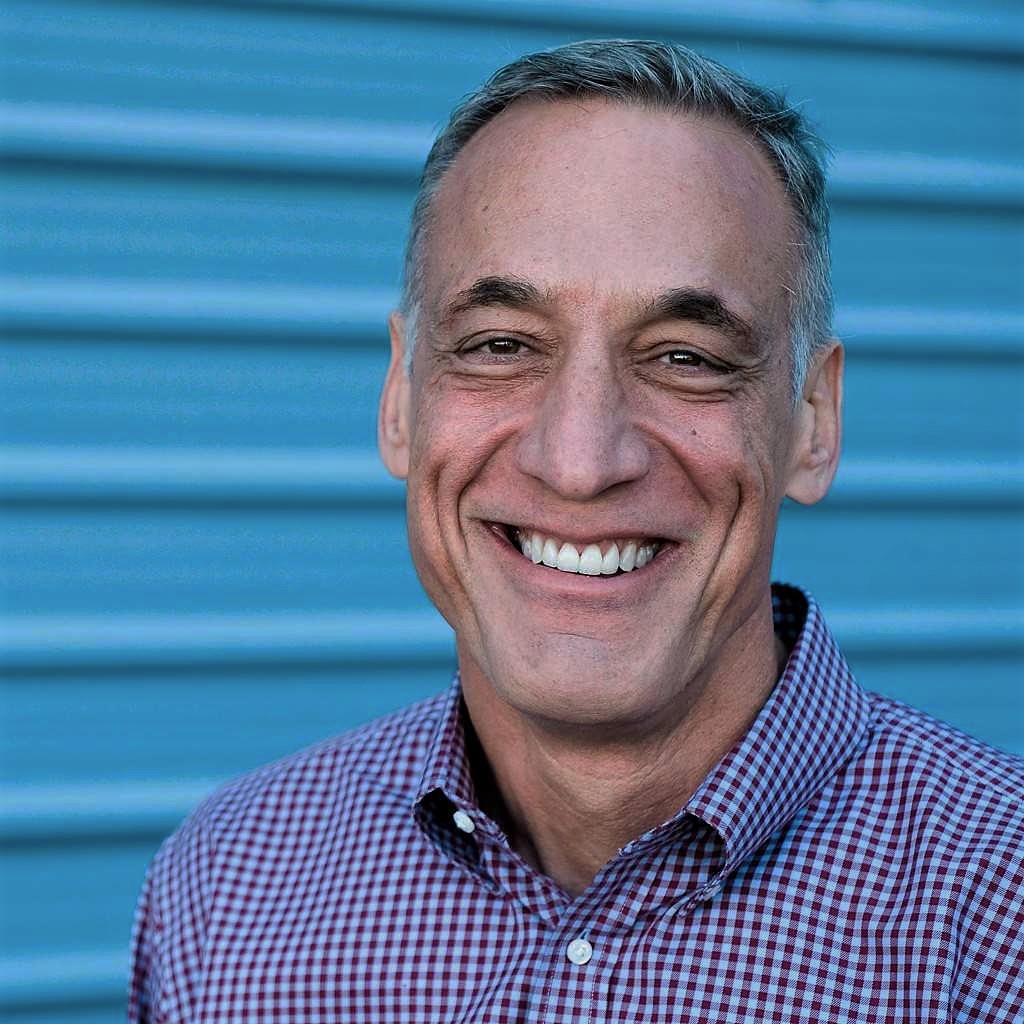 John Shufeldt, MD, JD, MBA, FACEP is an emergency physician by avocation and entrepreneur at heart. He is an author, speaker, serial student, airline transport pilot and multidisciplinary entrepreneur, who has founded and operated several multi-million-dollar businesses.

Throughout all of his endeavors, John has maintained a relentless drive to help people rescript their future and reach their full potential.

His multifaceted experience as a physician, attorney, speaker and entrepreneur gives him rare insight into what makes a business succeed.

Over the years, John has come to realize that successful businesses don’t just happen. They succeed as a result of strong leadership, learning from failures and a well-executed business plan. An efficient organization is built on lean practices, proactive teams, a positive work environment and a solid foundation for continued growth.